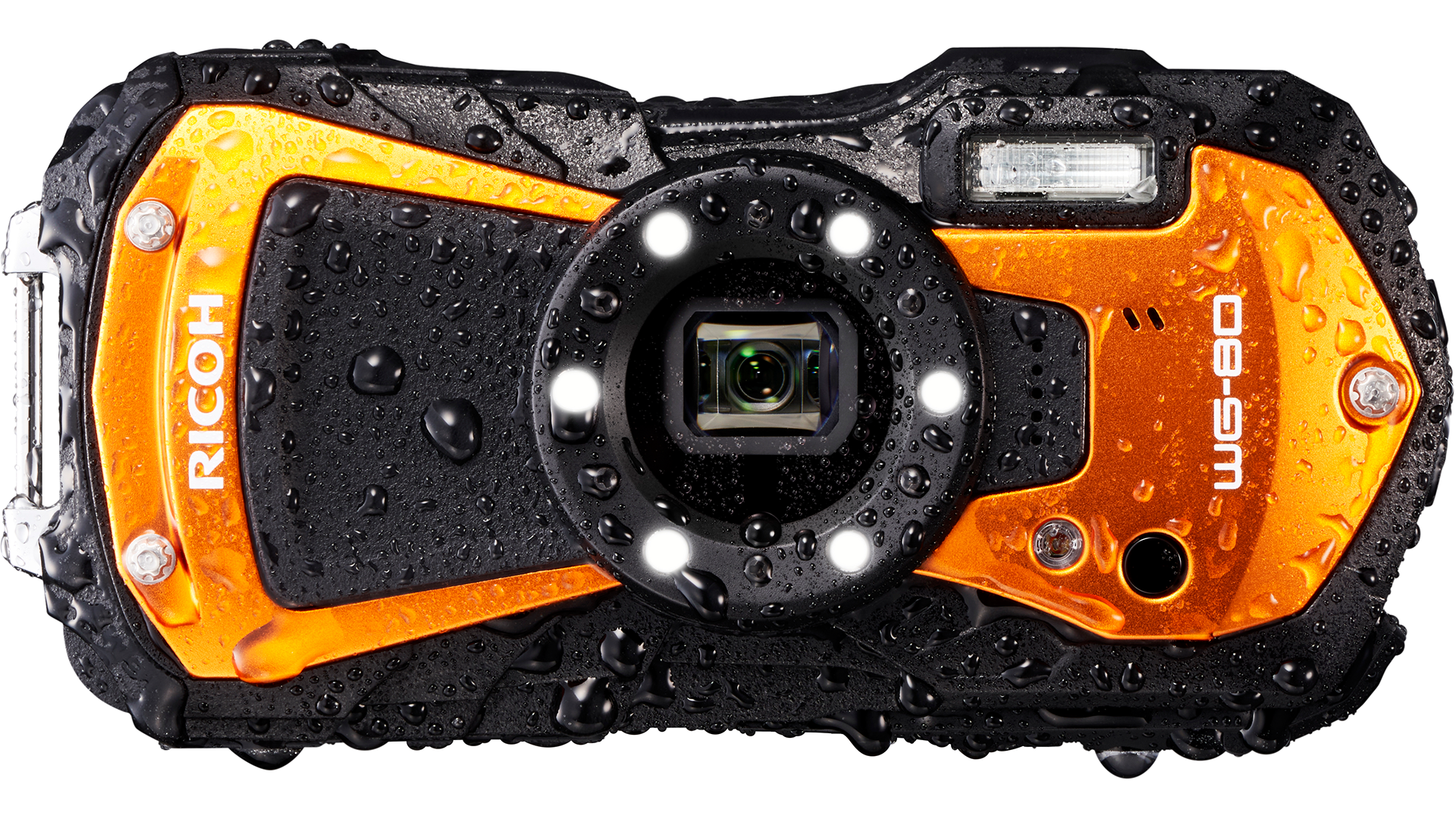 Ricoh has announced their new WG-80, the latest in their line of rugged and waterproof compact cameras designed for underwater, outdoor and industrial photography. With the newest iteration, it actually sees a slight (very slight) redesign of the camera’s exterior, although the specifications remain pretty much identical to its predecessor (and its predecessor’s predecessor).

Aside from the slightly modified shell, the Ricoh WG-80 also sees a new macro LED ring light that Ricoh says is twice as bright as that found in the WG-70. They also say it has “enhanced functionality”, but it all appears to essentially be the same as the Ricoh WG-70.

As per usual, the WG-80 is an incremental upgrade. It’s not designed to be a WG-70 replacement for existing owners, but a slightly better option for those who’ve yet to buy into the system but have been thinking about it. Like the WG-70, it features a 16-megapixel BSI CMOS sensor with an optical zoom lens that offers a field of view equivalent field of view to that of 28-140mm on full-frame. It’s also capable of capturing 1080p video  (no 4K yet!) at 30 frames per second.

Its predecessor, the Ricoh WG-70

The exterior is very slightly different, from the front at least, since the WG-70. The view from the rear is identical on both cameras. In all honesty, I’m not sure which look I prefer. Despite the obvious orange flair (there is an all-black version, too, though), the WG-80 does appear to be a little more subdued than its predecessor. The WG-70 does look a little more like a kid’s camera. Of course, the WG line’s selling point is that they are tough and rugged so would make for an ideal camera to get your kids started with photography, too.

It’s waterproof down to a depth of 14 metres (46ft) for up to two hours, making it ideal for use in the pool or for a spot of wild swimming. It’s also shockproof against falls from up to 1.6 metres (5ft) dustproof, freeze-proof down to -10°C and crushproof from weights up to 100kgf (kilogram-force). It feature a 5x optical zoom as well s digital zoom up to around 36x as well as electronic image stabilisaion.

Hooked on You - a Dead by Daylight Dating Sim