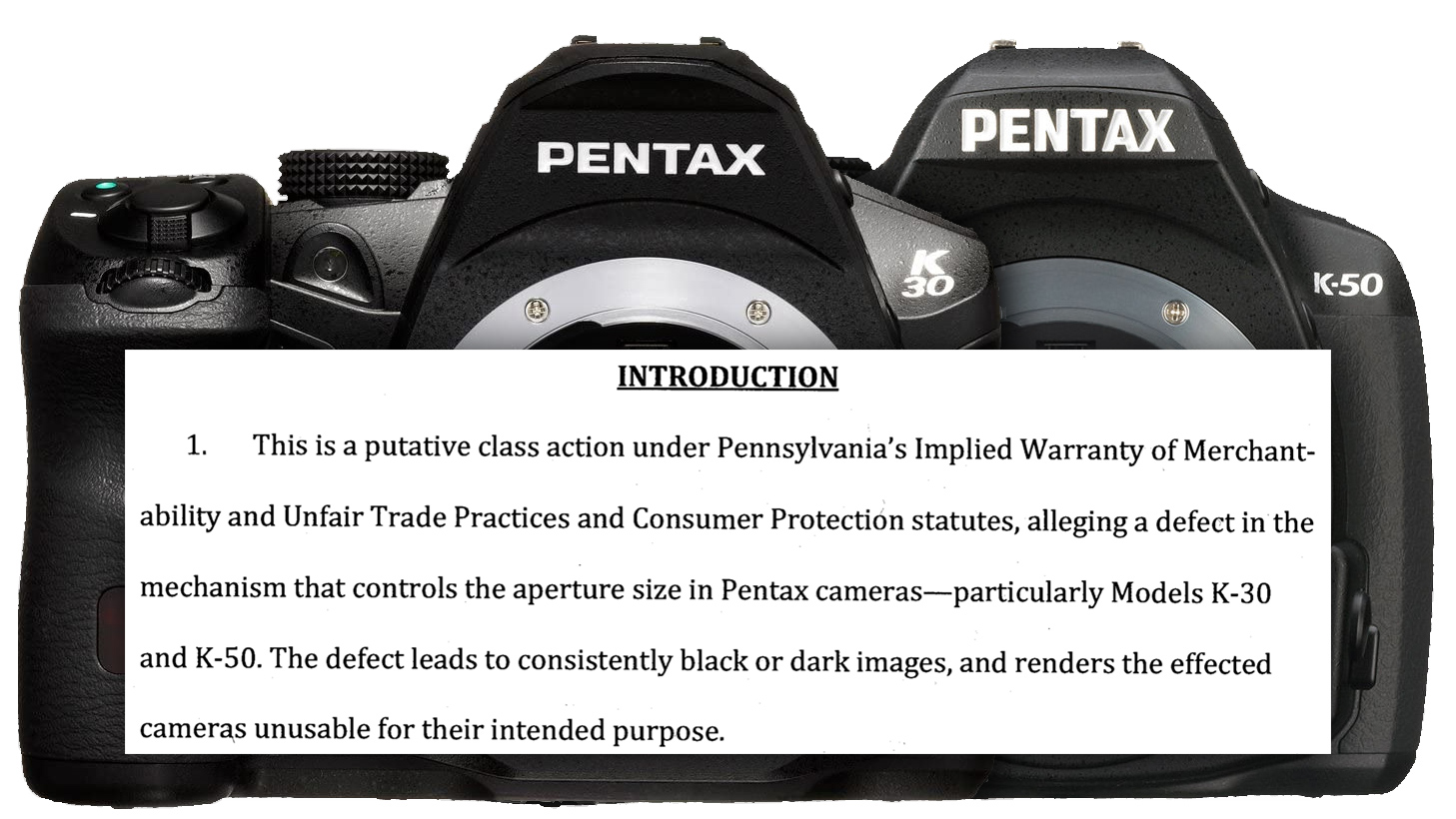 Ricoh USA is being sued again, with a class-action suit in Pennsylvania over defects in the aperture mechanism of the Pentax K-30 and K-50 DSLRs. It’s the second time a class action lawsuit has been filed against the company, with the first being filed in 2020 in New York and subsequently dismissed in just February of this year.

The new suit filed in Pennsylvania basically alleges the same as the suit filed in New York two years ago – although the original suit also included the Pentax K-70 in the list of defective models. The defect, as alleged by both suits is that there’s a problem with the aperture mechanism that produces consistently black or very underexposed images, making the cameras unfit for purpose.

The New York suit was, as Bloomberg Law describes,  dismissed as “New York consumers failed to raise any viable claims” as it was outside of the three-year purchase limit of New York consumer protection statutes between acquiring the camera and filing suit. This does not mean that Pentax is necessarily in the clear, just that consumers took too long to take it to court in New Exactly what the statute of limitations is in PA, I’m not sure, but now it looks as if they’re trying again.

According to the newest suit, the problem boils down to a design change of the solenoid used to stop down the aperture when the camera goes to shoot a photo. Specifically, it’s the material used to construct it. The redesigned solenoids are reported to use PET (Polyethylene terephthalate) whereas the previous solenoid design – that didn’t suffer from this issue – used PTFE (Polytetrafluoroethylene – or “Teflon”). The PET solenoids are allegedly sticking where the PTFE ones did not – which makes sense as PTFE is essentially a non-stick material and PET is basically just polyester.

The new suit demands a jury trial, repair of all defective cameras or payment to cover the cost of repairs, attorney fees, “three times the actual damages” and further relief as the court decides. Whether or not this suit goes the same way as the New York one remains to be seen.

Why it’s taken this long to file suit (even the suit from two years ago) for cameras that haven’t even been made since 2013 (K-30) and 2016 (K-50), I’ve no idea, but it does seem a little odd that this wasn’t a bigger deal at the time they were still current model cameras if the claims are true. I’m not suggesting these customers are lying, but it is a little strange that the suit wasn’t being brought to court much sooner.

Don’t You Want These Gorgeous Bags?