Home » How To Get Great Photos in Any Weather Condition
Camera

How To Get Great Photos in Any Weather Condition


Landscape and adventure photographer Michael Shainblum has taken another trip to Iceland and shares some tips on how to get great photographs no matter what the weather condition.

As Shainblum says in this 15-minute video, many times photographers get so wrapped up in checking the weather that sometimes they choose to not shoot because of completely clear skies or a little bit of rain, which he says is a huge mistake and definitely limits creative options. Normally, a clear and bright day would be considered the ideal time to photograph landscapes, whereas when grey and stormy skies are out, most creatives would just opt to stay home. In contrast, Shainblum has found that some of his favorite images from this trip to Iceland would come from this “bad weather” outing. 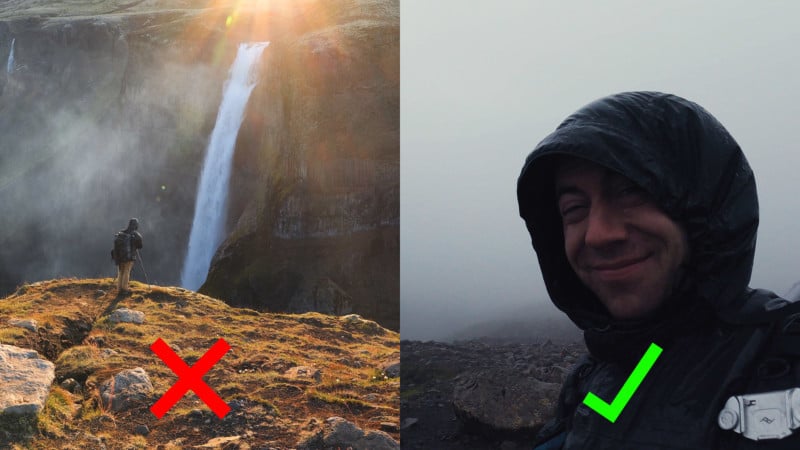 “I think that when we get odd or difficult weather, it makes us work a little harder to create an image,” Shainblum says. “You have to think outside the box to make something work, sometimes in my opinion this is where your true creativity will shine through.” 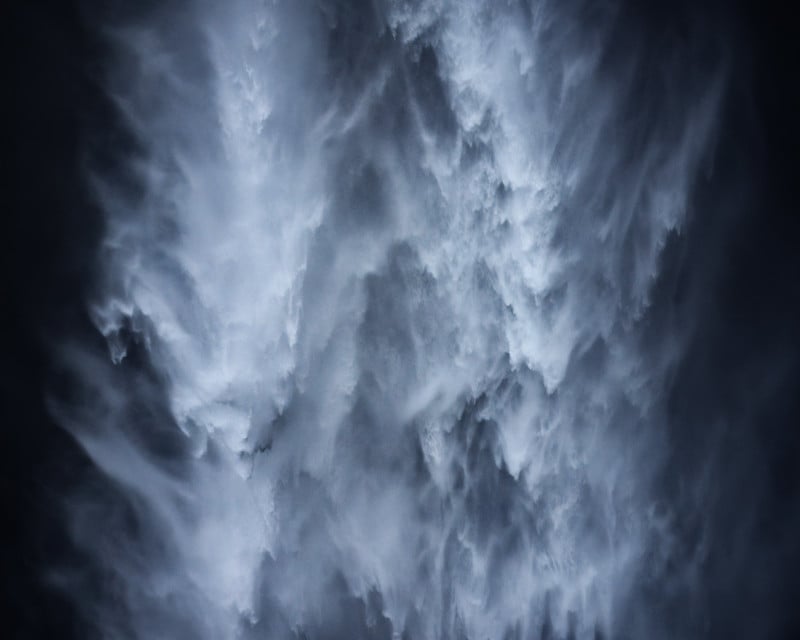 The above two images were taken during a very heavy rainstorm that made it quite tough to get a decent focus for the shots. Shainblum recalls that he wasn’t even sure he was able to capture anything usable while it was all happening, but thankfully he was surprised and happy with the way the shots came out using his telephoto compositions saying the vertical waterfall shot was his absolute favorite image from the stormy day shoot.

“I came up with this image because the wide-angle composition just was not even possible during this shoot, so I had to try something a bit different.” 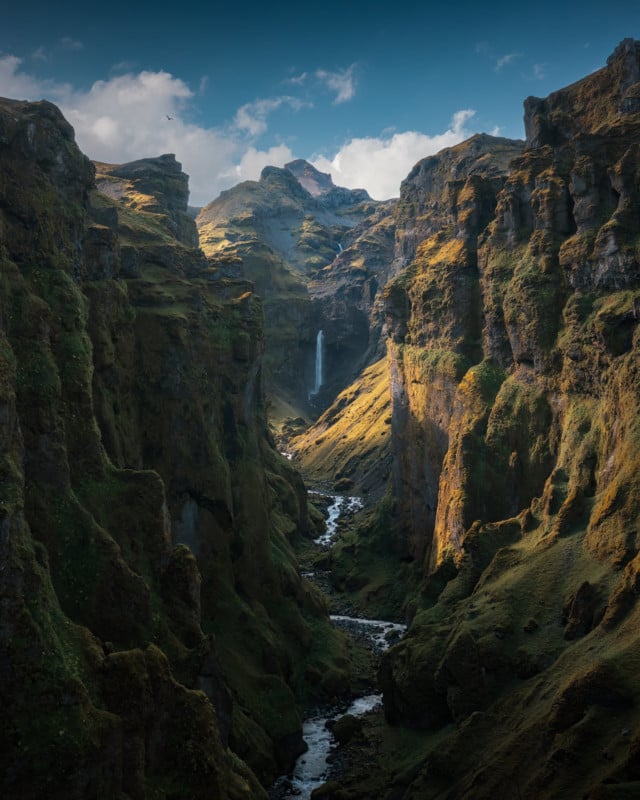 On a more “clear skies” day, Shainblum managed to photograph a canyon (above) which had been on his bucket list for several years. He explains that at the start of the hike to the canyon, there was a set of swirling clouds near the peak which created a fantastic atmosphere that made him super excited to capture, however, as they got closer to the position, the clouds had dissipated leaving a rather bland and boring background for the shot.

At first, he was a bit let down, but then he discovered an incredible rainbow on one of the waterfalls which ended up letting him capture some of his favorite images of the entire year. 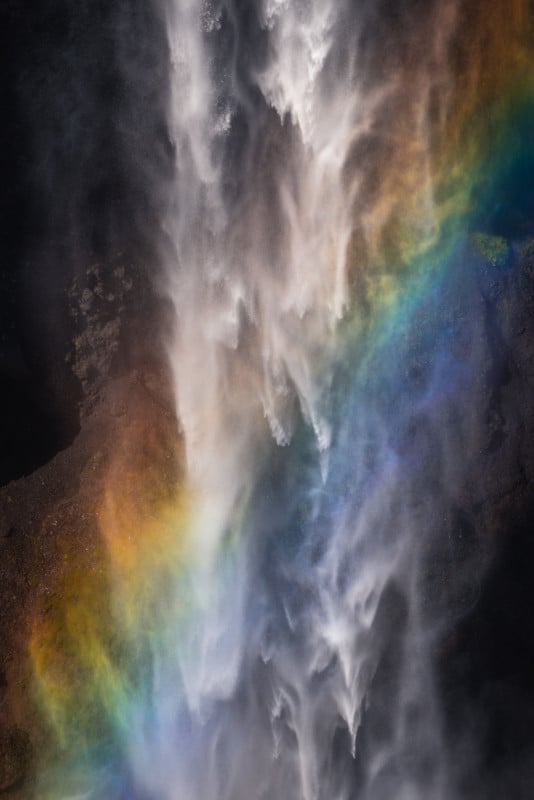 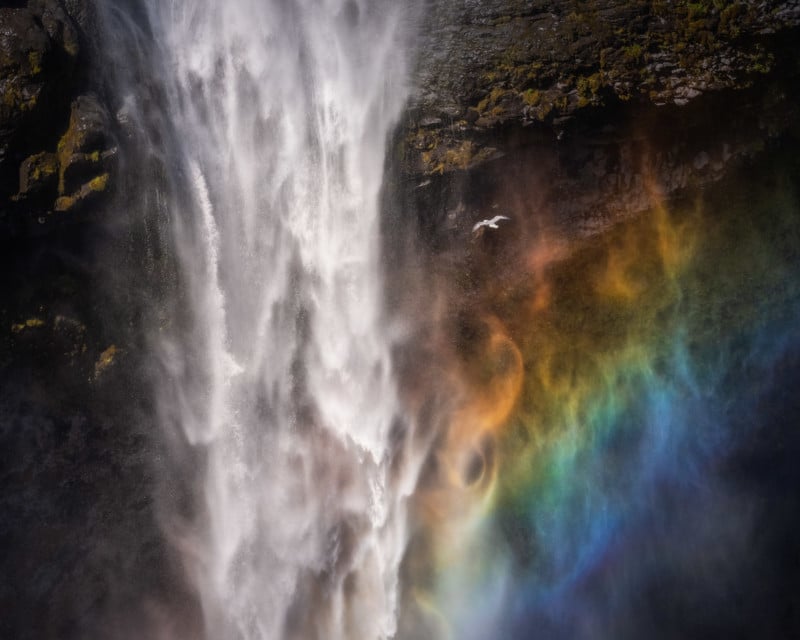 Effectively, this just reaffirmed Shainblum’s belief that no matter how hard a photographer can plan and prepare for a particular image, the spontaneous moments found along the way often lead to a much better composition and experience. When the rain let up for a little he managed to get his drone in the air just long enough to capture some of these surreal images of the cliffs and the fog lifting slowly. 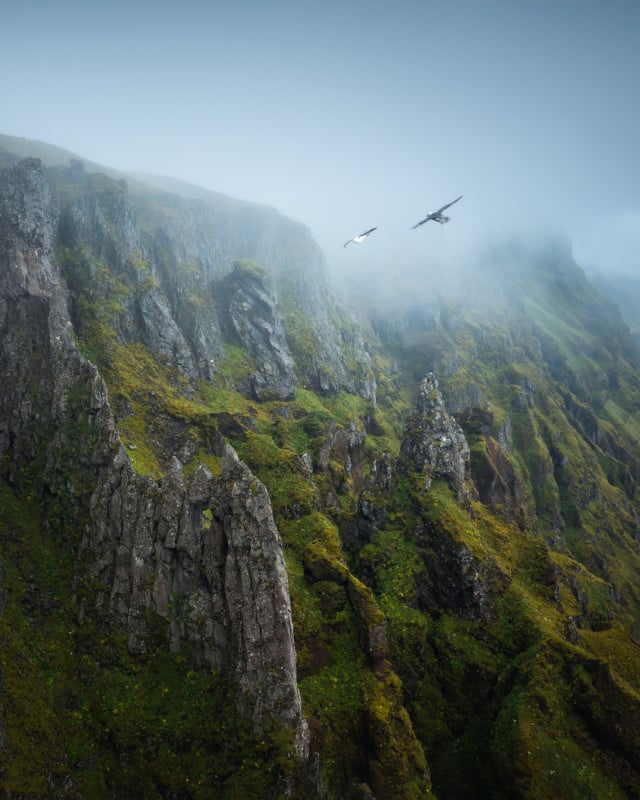 Looking at a bad weather report in the morning made it tempting for him to just stay in the hotel and linger about town instead of slogging about in the cliffs. But since he pushed through anyway, the images he managed to capture along the way proved to make the bad-weather experience worth every single raindrop.

Shainblum says that as far as landscape photography is concerned, the particular weather conditions of the day don’t really matter that much as you can create beautiful images under any conditions.

“It’s just important to remember to not be discouraged when the weather doesn’t line up exactly the way you had hoped, as in those moments, with a little creativity, you can end up finding something new and exciting that will leave you with little moments you can be truly proud of.”

Bros, Netflix’s School for Good and Evil, and every new movie to watch