Home » Is the Meta Quest Pro good for gaming?
Computer

Is the Meta Quest Pro good for gaming?


Is the Meta Quest good for gaming? We find out. 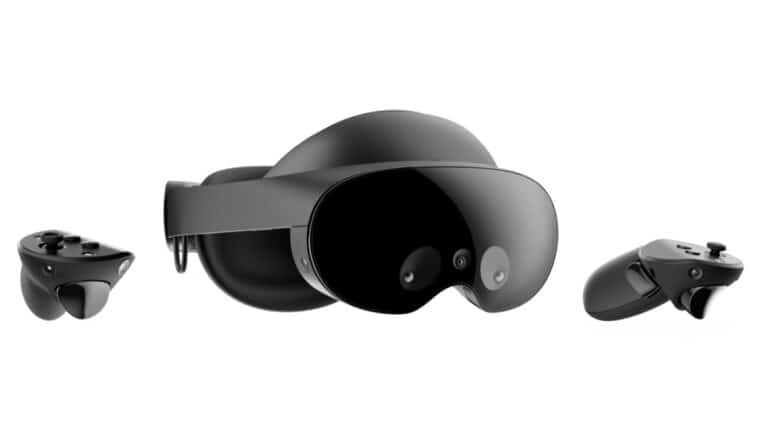 This isn’t even a particularly weird question to ask, as Meta Connect was largely centered on developments surrounding the Metaverse, and the future of Meta itself as a company.

This combined with some privacy concerns, most notably the ban on the device in Germany, has left a lot of people wondering what the actual purpose of the Meta Quest Pro is. Is the Meta Quest Pro good for gaming? Or is it just the entry requirement for the Metaverse? Let’s take a closer look.

This is a question we’re seeing a lot and for good reason. In classic tech keynote fashion, Mark Zuckerberg and Andrew ‘Boz’ Bosworth spent the lion’s share of the event talking about all the great things in the pipeline for the Metaverse.

When Boz and Zuckerberg finally did make it to officially reveal the Meta Quest Pro headset, they then spent most of their time talking about how it can help people achieve their fitness goals and enjoy everything the Metaverse has and will be offering in the future.

In fact, so little time was devoted to talking about gaming that a lot of people are likely sticking with Meta Quest 2 for now, especially given the high price of the Meta Quest Pro.

On the face of it, the Meta Quest Pro looks good for gaming as the tech inside seems super impressive, far above that of the Meta Quest 2 and PSVR. The PICO 4 VR looks quite close, however, and the cost is far lower, so it’s one to look out for.

The Meta Quest Pro specs position it as the most powerful standalone VR headset out there, but its important to remember that many VR headsets like the PSVR, PSVR 2, and Valve Index rely on external devices to power them, so while they are worth considering, they aren’t directly comparable. We’ve listed the specs below for your convenience

Between the specs and the backward compatibility, Yes, the Meta Quest Pro is good for gaming, however, it seems clear at this point that Meta is positioning it more for the Metaverse and business use.

But, we think that if people are willing to find the cash for it, it’s going to be one of the best VR gaming headsets out there. Of course, we can’t say for sure yet, but come October 25th, we’ll be able to top definitely find out for you.

Is the Meta Quest good for gaming?

Yes, the specs and early previews hint at it being a very powerful VR gaming headset, but we’ll know more very soon

How much does the Meta Quest Pro cost?

A buffalo charges at a photographer as he gets too close

Street Fighter 6 second Closed Beta, how to sign up