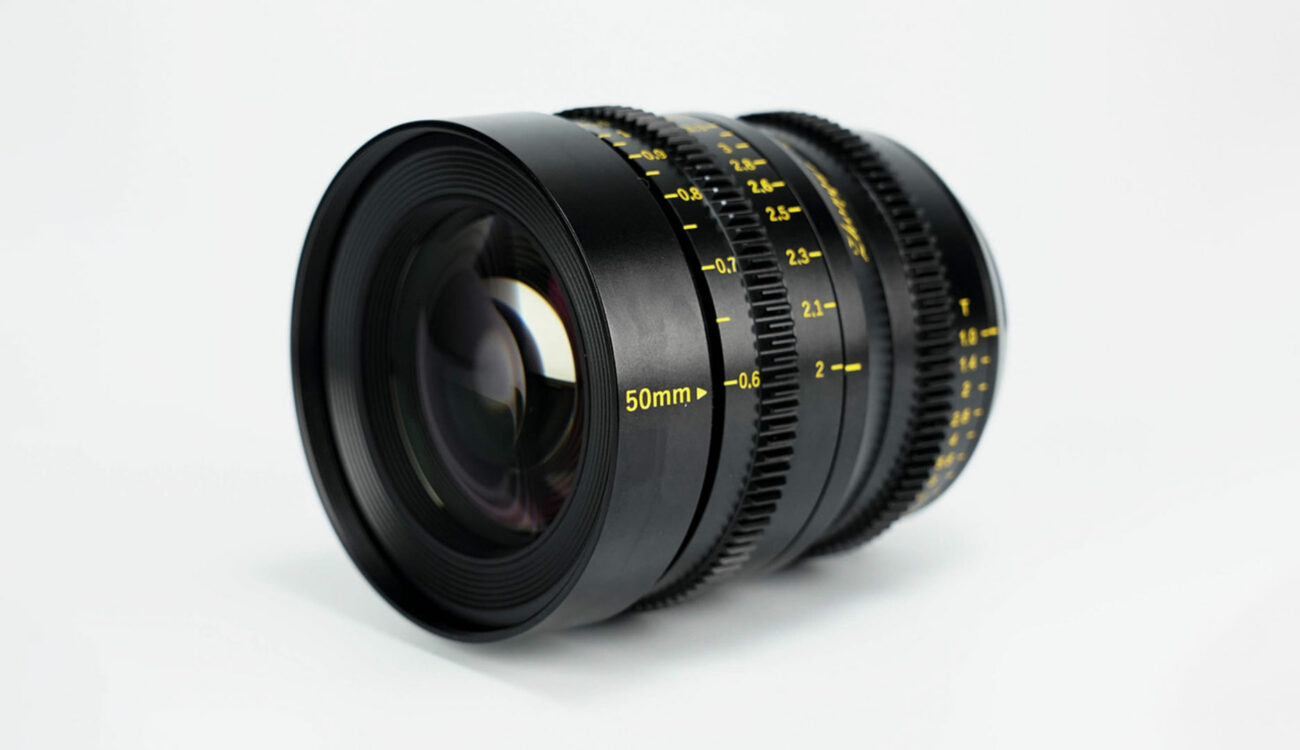 Chinese lens manufacturer Mitakon Zhongyi Optics has just released its fourth and final cinema lens for Micro Four-Thirds cameras: the Mitakon Speedmaster 50mm T1 MFT. The Mitakon Speedmaster lens set for MFT cameras now consists of a 17mm, 25mm, 35mm, and 50mm. So let’s take a closer look at this fast lens that retails for only $399.

We first reported about the Mitakon Zhongyi Speedmaster cinema lenses in April 2021. Back then, the company launched three high-speed T1.0 cinema lenses for Micro Four-Thirds: 17mm, 25mm, and 35mm.

Furthermore, Mitakon Zhongyi also released a 35mm T1 lens for Canon RF, FUJIFILM X, and Sony E cameras (but it only covers Super35 sensors) plus another 50mm T1 lens for Canon EF and ARRI PL mounts which covers sensors “beyond full-frame”. This lens was redesigned again in March 2022 (article here).

To complete its MFT lineup, Mitakon Zhongyi has just released the Speedmaster 50mm T1, which is the fourth and final lens of the set.

The Mitakon Speedmaster 50mm T1 MFT is a compact and lightweight cinema lens made of metal. This lens is the heaviest of the set, tipping the scales at 1.59lb/720g.

The Mitakon Speedmaster 50mm T1 MFT has a focus throw of 165°, which may sound short at first. However, remember that these lenses are small and designed for MFT cameras, so I think the shorter focus throw makes sense.

Also, the Speedmaster cine lenses have an internal focus design, so the physical size of the lens stays unchanged throughout the entire focus throw.

The 9-blade aperture should provide a pleasing bokeh. The lens’ outside diameter is 80mm for clamp-on matte boxes, and it has a front filter diameter of 77mm. Lastly, the minimum focusing distance is 60cm/23.6″.

The Speedmaster 50mm T1 MFT is available now for $399. In addition, you can get the four-lens set with a protective case for $1,399, which is hard to beat for fast T1.0 cinema lenses.

What do you think about this new 50mm T1 MFT lens? Did you ever shoot with Mitakon Zhongyi lenses? Don’t hesitate to let us know in the comments down below!