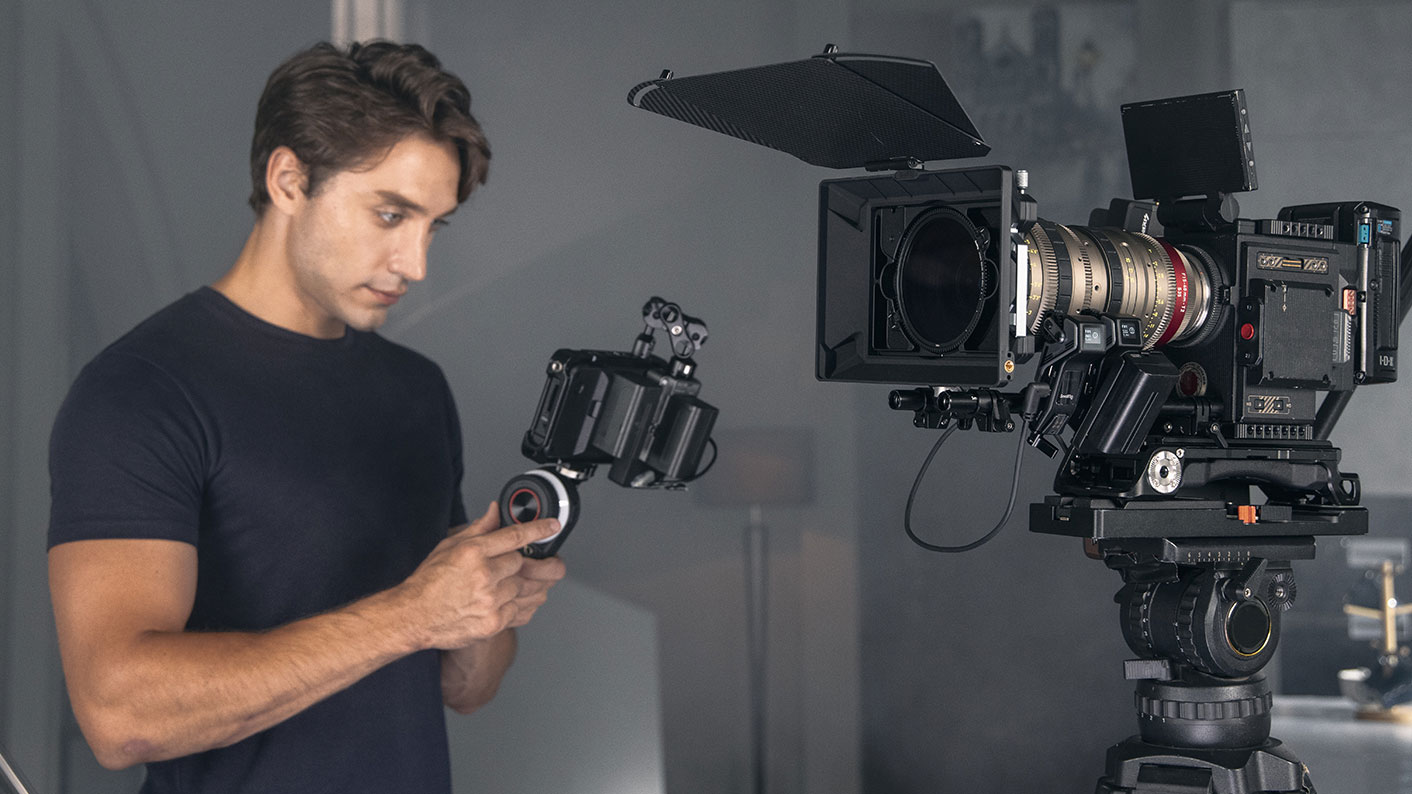 Camera accessory manufacturer SmallRig has now officially announced their new MagicFIZ Wireless Follow Focus System. No stranger to follow focus systems, SmallRig’s latest release takes the wheel off the camera for remote use by focus pullers for gimbal, shoulder mounted or handheld cameras and for those working in a small crew where you can’t always stand behind every camera.

It has less than 50ms latency up to a distance of 100 metres (328ft) over 2.4Ghz and features secure data transmission using what SmallRig describes as “specialised encryption algorithms” to ensure that signals are interference-free, even with multiple units on set. We got to take a brief look at the new unit pre-announcement last month at IBC 2022.

The handwheel has a large fine control focusing handwheel, a built-in 1400mAh battery that lasts for up to 20 hours and charges back up over USB-C, supporting both Power Delivery and Quick Charge fast charging systems. It sports a 0.96″ OLED display to show battery status, REC prompt, channel, motor number, communication systems, A and B marks for preset focus points as well as current motor position.

The Wireless Handgrip offers a finger control focusing wheel and is powered by a Canon LP-E6 battery, providing up to 40 hours of operation with a 1950mAh capacity battery. It also has a 0.96″ OLED display that shows all of the same bits of important information as the handwheel and can be connected to the handwheel, allowing for the operation of multiple motors simultaneously.

The Wireless Receiver Motor (or two of them) mounts to the camera and provides a high 0.5Nm torque output to easily drive large heavy cine lenses. This one’s powered either by a Sony NP-F series battery through the quick release plate, getting up to 3.5 hours of use with an NP-F550, or it will take external power from a V-Mount battery through its USB-C interface using a D-Tap to USB-C cable. This features a smaller 0.52″ OLED display to show channel, motor position, input voltage and motor number.

Everything announced at The Game Awards 2022